CODE OF BEHAVIOR ON SKIING TRACK

1. RESPECT FOR OTHER SKIERS AND SNOWBOARDERS

Every skier or snowboarder (further mentioned as “skier”) must behave in such a way that he/she does not endanger health or life, or prejudice others.

2. CONTROL OF SPEED AND MANNER OF SKIING OR SNOWBOARDING

Every skier must move in control. He or she must adapt the speed and manner of skiing or snowboarding to personal ability and to the prevailing conditions of terrain, snow and weather, as well as to the density of traffic.

A skier coming from behind must choose his or her route in such a way not to endanger skiers or snowboarders ahead and leave enough space for the skier or snowboarder in front of him/her.

When entering a marked run: Skiers, starting again after stopping or moving upwards on the slopes, must look up and down the slopes before moving so as not to endanger themselves or others.

Unless absolutely necessary, skiers or snowboarders must avoid stopping on the piste in narrow places or where visibility is restricted. If a fall should occur here, it is essential to move clear of the piste as soon as possible.

7.CLIMBING AND DESCENDING ON FOOT

A skier either climbing or descending on foot must keep to the side of the slopes.

In the case of an accident, every skier is obliged to assist based on his/her abilities and skills, report the accident to the operator of the ski slope and/or the Mountain Rescue Service and/or any other authorised person (ski patrol, a public administration body) and stay in the place of accident until necessary help is provided by an authorised employee of the ski slope operator and/or the Mountain Rescue Service.

10. SAFETY OF THE SKIING EQUIPMENT

Skiers are allowed to use skiing equipment only if safe use is guaranteed by the respective producer of the product and the equipment as well as the skis/snowboard are secured so as not to be released spontaneously.

Skiers under the age of 15 are obliged to protect their heads on ski routes with proper ski helmets.

Following any accident, every skier, whether a responsible party or witness, must exchange names and addresses with the Mountain Rescue Service, ski patrol, a public administration body or a resort employee.

During the time of cableway operation, any other person except skiers and persons providing assistance to an injured individual can enter ski routes only if allowed by the resort operator. Entering the pistes before and after the time of operation is strictly forbidden due to danger of injury by snow-grooming and snow-making machines and their ropes, especially those with a cable winch.

Each visitor is obliged to use the transport facilities only with a valid ski pass or boarding the transport facility, he is obliged to prove himself at the request of an employee of the center or another person authorized to perform the inspection. A ski pass whose validity period has not expired and for which the visitor meets all the required conditions is considered valid. If the ski pass has been issued in the name, it is non-transferable and only the person in whose name it was issued is entitled to use it.

17. ADVERTISING AND BUSINESS PURPOSES ON THE SKI SLOPES 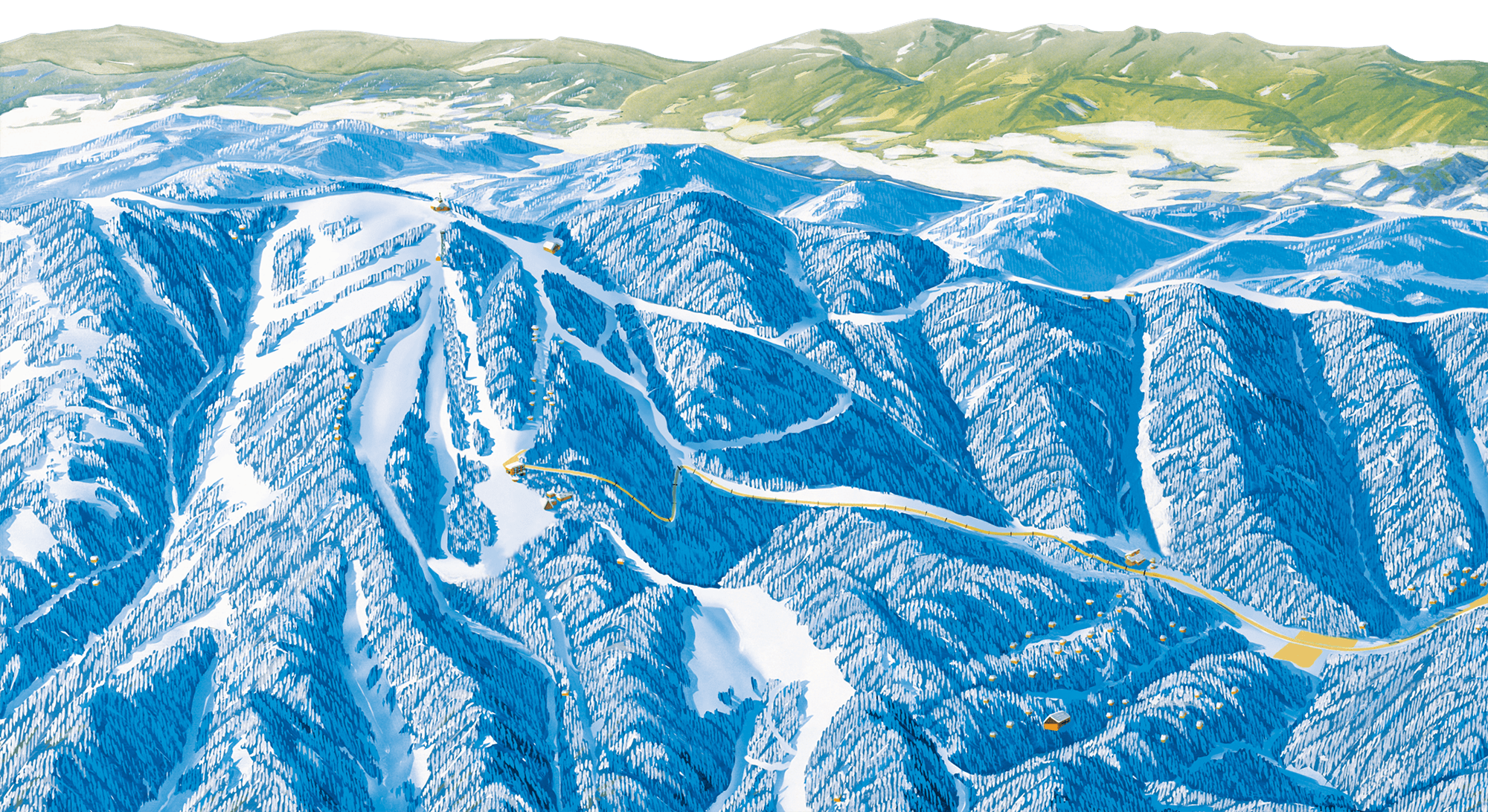